Menyhért Tóth was a Hungarian painter. He graduated at the Hungarian Academy of Fine Arts in 1935, where he studied from Janis Vaszary, istvan Reti and Laszlo Kando. He became the core member of the painters of Baja group and the artist group of Tokaj. He recieved many awards and scholarships during his life. He visited Chechslovakia and the Canary Islands.

He did not exhibit his works for 30 years, he made a living from painting rooms and agricultural works. After three decades, his works got recognized and the council of Bács – Kiskun megye signed a contract on his oeuvre.

The village mainly influenced him and he combined the thinking and mood with his own imaginary and the instruments of modern art.

He avoided any rules and his style doesn’t belong to any movement. His paintings refer to the primitive art and the naïve painters cosmic world view.

He is a very instinctive artist, who pays a lot of attention to the mission of the artwork. His natural, well-detailed realistic paintings led from the simplification of objects to complete abstraction. His ideal is the roundish shape, which is captivating the wholeness. During his studies, he experimented with cubism, where he marked the geometric subdivisions by the forms inner order. The color gold and the winding diagrams dominate on his decorative calligraphies. The folkloristic ornaments of Kalocsa, the stylized forms of the surrealist dream world and the secession styled brush strokes influence his early works.

The themes of his paintings are mostly build from the everyday lives of the village people, the naïve world of tales, the unity of contradictions, the eternal conflict between good and bad and the cycle of life.

Later on, his works turned towards to realism and naturalism. He represents faith and the life of man on his expressive plastic and cheerful works.

His usual motive is the shepherd with sheep and he is mostly using the shades of blue.

The expressive head series are leading up to his mature style. These figures are mostly grotesque, blind or they have bird heads. They cite the ancient superstitions of the village.

Menyhért Tóth’s art combined the ancient folkloric representation with the modern European painting: he showed a new way of the abstraction of the form and meaning representing the inner and outer situations of the village people.

Artworks of Tóth Menyhért are available at the Kálmán Makláry Fine Arts. 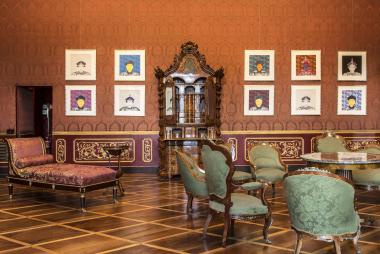 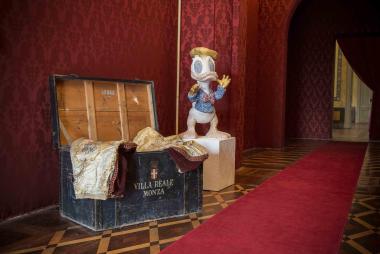 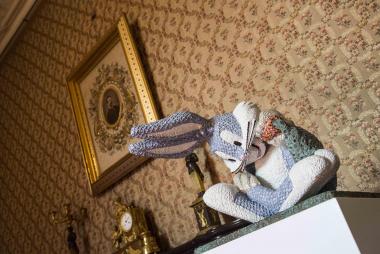 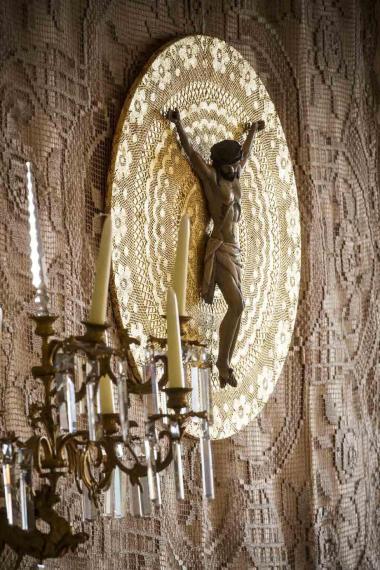 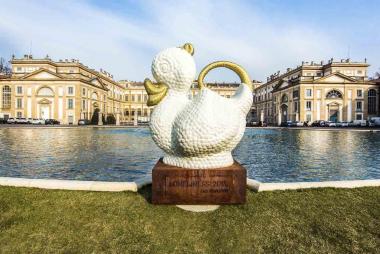