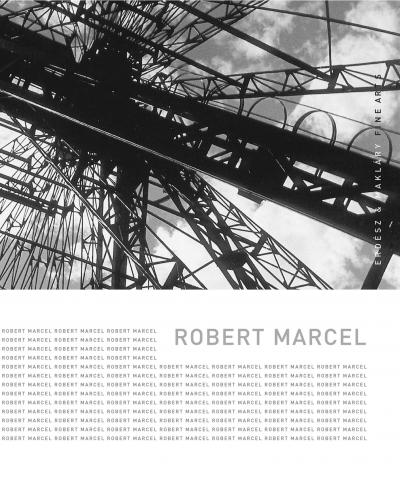 This catalogue represents a selection of the photographs of Robert Marcel from the early 2000’s published by the Erdész & Makláry Fine Arts in 2007.

Robert Marcel has travelled to most of the main capitals of the World, but Paris had the most significant impact on his art. Therefore, he dedicated his craft to capture the everyday moments of his favorite city. Following the footsteps his biggest influence Andre Kertész, the intimacy of weekdays with moments of small pubs, bistros, squares, markets, parks, the riverside and the Montmartre came to life.

The people and the slipping moment of life are the main themes of his images. Marcel tries to summon the frozen fragments of time with his camera. The black and white images creates a distracted time feel.

Robert Marcel’s photographic reality is our guide to an epoch in photography that, in the words of Iván Hevesy, one of the most defining appreciators, can be described as such: ‘The photographers of the time saw their social calling in the act of delighting their fellow men with beauties of the world gathered together in their photographs, at the same time taking intellectual possession of reality’s visual treasures for themselves. They worked to ensure that creative imperfections didn’t disturb the viewer’s delight in the photographs, just as the photographer also kept him from subjects that, with profoundly moving human truths and agitating realism, might disturb the harmony of aesthetic enjoyment and with it, the viewers spiritual balance.’

The above quotations from Hevesy sound as if they were written specifically about Robert Marcel’s work, from their discussion of precisely composed images down to their parables of formal harmony.