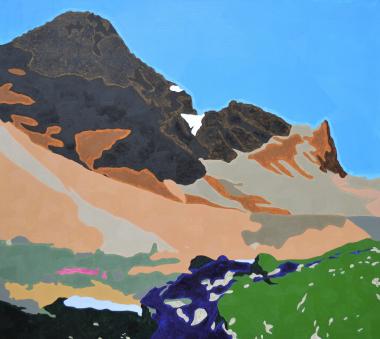 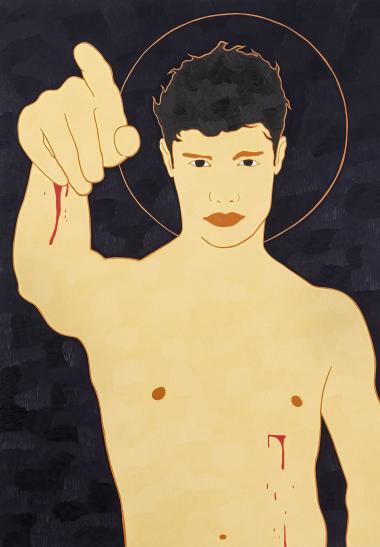 Silard Isaak is a contemporary painter with Hungarian origins, who was born in 1977 in Herceglak, Croatia. He studied theology at the Sellye János University in Komárom, Slovakia. He is currently living is Switzerland.

Isaak draws inspiration to his paintings from his theological studies, the Balkan war he had to experience as a child and his own personal dreams.

In his dreams, he participates actively in most of the actions alongside with other saints, therefore the artist himself appears on most of the paintings.

He dreams almost every night, and as he wakes up, he takes notes of his dreams immediately. As Isaak stated, he paints his pictures rapidly, he doesn’t make any sketches before creating; his notes about his dreams serves as a sketch for his artworks.

Isaak draws his figures with a piece of coal on a huge canvas, and then he fills the figures with colors. His paintings has a surrealistic feel: sometimes the horizon is completely missing, sometimes the blood’s color isn’t red, and we can identify blue leaves trees, and other unusual, dream-like colors on his artworks.

His brush strokes are very simple, he doesn’t use any light-shade effects.

He uses very powerful blues, reds, whites and gold. Every color has its own meaning: the red symbolizes martyrdom, while the lily-white stands for innocence. Gold, the color of saints could substitute anything, just like in churches.

Isaak has a teaching attempt by representing less-known saints on his artworks, saints who were unfortunately being forgotten.

Artworks of Silard Isaak are available at the Kálmán Makláry Fine Arts.