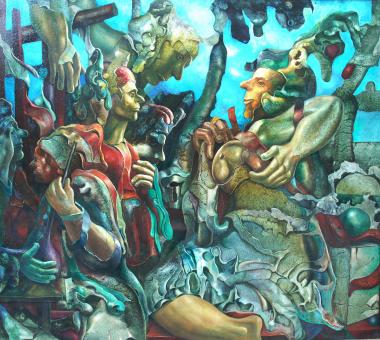 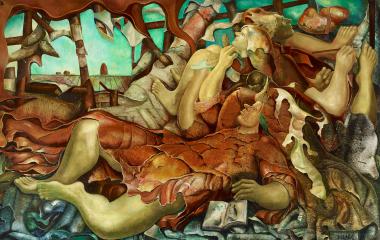 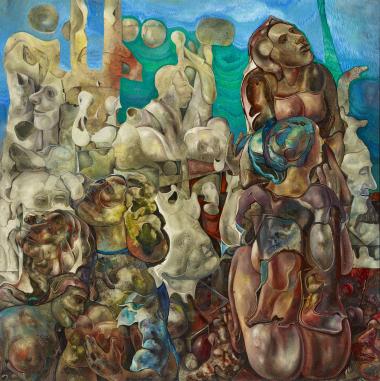 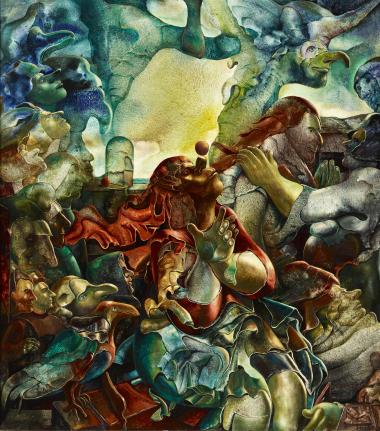 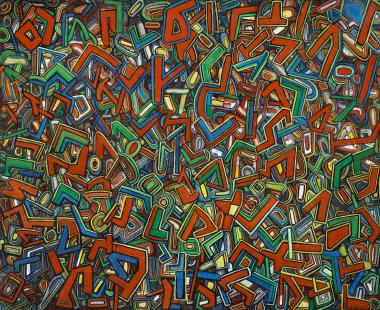 Joseph Szabó is a French/Hungarian painter. He studied at Hungarian University of Fine Arts in Budapest between 1947 and 1953. His teachers were István Szőnyi, László Bencze, Gyula Pap and Jenő Barcsay. He immigrated to France in 1956. He continued his education in the field of fine arts in Paris, then in Nice.

Initially, he painted surrealistic and dark pictures full of somber colors that recall paintings of Grünewald and Bosch. By the late eighties, he came quite near to the limits of abstraction, and turned toward a more liberated, more colorful and less figurative art. Later, he painted expressive pictures with mosaic effect.  In addition to paintings, he made sculptures as well; one of his monumental creations stands in front of the building of Médiathèque François Mitterrand in Sète, France.

His paintings were exhibited in several art galleries, inter alia in Zurich, Chicago, New York, Montreal, Paris, Lyon, Nimes, Madrid, Milan and Geneva. Joseph Szabó only worked with thin paint brushes, with completely clear strokes like those who paint Porcelains with gold. He was able to display figures on his canvases with this subtle technique, point by point, as if each brush stroke could add a new living cell to the figures.

The lifework of Szabó can be divided into periods. Between two extremely productive periods that, at the same time, marked the beginning and end of his lifework – the first period established his reputation as a fantastic, dreamlike and surrealist artist, and the last period remained unfinished in a sense -, there are several phases in which Szabó devoted himself to an artistic technique, a topic in a collected and virtuosic way. For example, his disproportionate anatomic studies made with black drawing ink that look like they were woven from a single string, or the series with pastell color compositions in acrylic, which were classified as sculptures by Szabó rather than paintings. Early paintings of Szabó, as well as some of his artworks from connecting periods, have already been exhibited, individually or in groups, in France and several other countries. Fundamentally, paintings of the last period did not leave the artistic home of Szabó, and neither did he. They all bear the design signature of Szabó, but, with few exceptions, are not signed by him.

Artworks of József Szabó are available at the Kálmán Makláry Fine Arts.