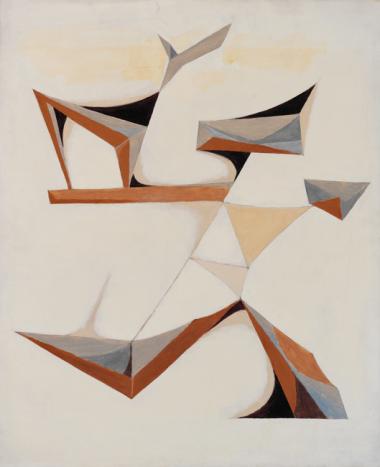 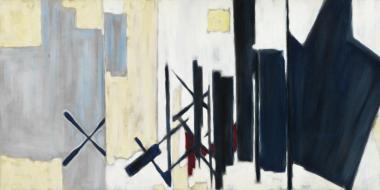 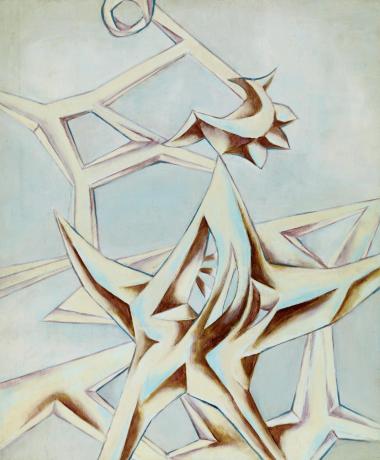 Paul Kallos, was born in Hernádnémeti in Hungary in a middle-class family. He made his first drawings in 1938, during an illness, which immobilized him for a few months. He started his Secondary education in 1940 in Kiskunhalas, which was interrupted by the war. He was deported by the Nazi regime in 1944 to Auschwitz, where many of his relatives died. In 1945 he returned to Hungary and entered the Budapest School of Fine Arts in 1946. Influenced by his friend Georges Feher, he worked on surrealism and geometric abstraction. In 1949 Kallos, alongside with Georges Feher, secretly left the socialist Hungary and they spent one year in a refugee camp in Austria, near Salzburg, in the French zone.

Kallos settled with the status of political refugee in Paris, in a room near The Place Clichy, where he creates in small-scale works. Working part-time for a furrier, he was tending skins, while frequently visiting the Louvre, examining the works of old masters. Paul Kallos settled in 1952 with Raymonde Godin, a painter of Quebec origin, rue Visconti, and later rue Oudinot, in a studio previously occupied by Miró, then by Bazaine, and in 1961 at L’Haÿ-les-Roses. As early as 1951 Paul Kallos sent four compositions to the “Salon des réalités nouvelles”, which he regularly participated until 1983. Pierre Loeb noticed one of these paintings in 1954 under contract in his gallery, 2 rue des Beaux-Arts. Paul Kallos thus became friends with Vieira da Silva, Szenes, Lanskoy, Riopelle, Zao Wou-Ki and Wilfredo Lam, who exhibited in the gallery where they used to meet. After Pierre Loeb’s death in 1964, Kallos exhibited at the Galerie Pierre Domec (1964, 1966 and 1967) and then at the gallery Nane Stern, former assistant to Pierre Loeb (1971, 1973, 1974, 1976, 1986). He became a French citizen in 1974.

Artworks of Paul Kallos are available at the kálmán Makláry Fine Arts.

1970 - Respect to the Homeland. Exhibition of artists with Hungarian origins living abroad part I, Museum of Fine Arts, Budapest