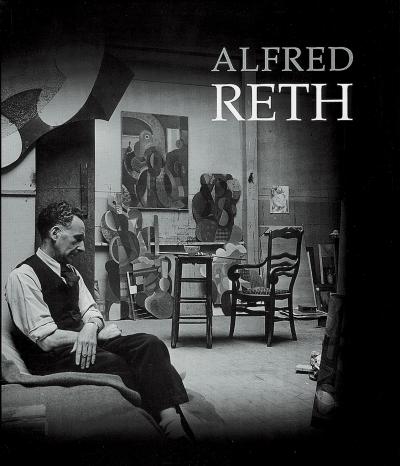 Alfréd Réth (Budapest, 1884 – Paris, 1966) was a disciple of Károly Ferenczy in Nagybánya. After a long study trip in Italy with painter István Farkas, he arrived in Paris in 1905 and settled there permanently.Réth became a French citizen in 1927. In 1933, he participated in the activities of the Abstraction-Creation group. Two years later he made his first multi-dimensional painting. After the war and up to the early 1960s he continued to make compositions of circles and arcs, but materials interested him more than forms. He began using sand, wood, gravel and charcoal and called these works “Harmony of Materials.” The figurative works made during the five last years of his life sum-up the entire experience he accumulated during several decades.

In 1910 he exhibited at the Salon d’Automne and in 1912 at the Salon des Indépendants. That same year, he participated in an important Cubist art exhibition in Budapest where his works were shown alongside those of Fernand Léger, Jean Metzinger, Robert Delaunay and Vassily Kandinsky.

His works were also exhibited at the Abstract Art Exhibition, and as part of the first generations (1910-1939) of the Saint-Etienne Art and Industry Museum in 1957, but the most complete exhibition of his work took place in 1984 in Albi at the Toulouse-Lautrec Museum, celebrating his 100th birthday.

The present volume on Alfred Reth, the first of its kind, collects the factual information, thoughts and ideas that have a bearing on the artist’s life and work, examining them in the context of contemporary Hungarian and French art. Reth’s oeuvre is undeniably linked to the Ecole de Paris. It is also bound up with the Cubist and the Abstract experiences, as well as artistic experiments with collages and materials.This volume, which may also be of interest to the art-loving general audience, is a tribute to an important Avant-garde artist in recognition of his artistic achievements.